I often joke with athletes during classes that the secret to success is to set your expectations low and to be disappointed as quickly as possible.

It usually gets the laugh I am looking for and we move on; but my sarcasm contains some actual wisdom.  Whether you look towards ancient Eastern philosophies concerning the path to happiness 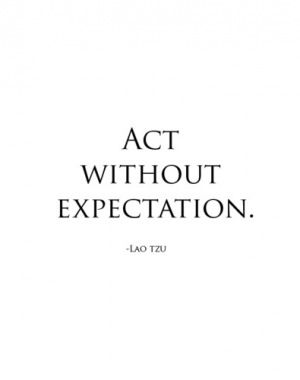 or you put your faith in more contemporary sages

The wisdom holds true: a life free of expectations and rooted in the present moment seems to be a likely path to happiness.

Personally having adopted this somewhat pseudo-Nietzschean perspective on expectations, I was surprised to find myself distinctly disappointed earlier this week after attending a recent iteration of a Coming Home Dialogue event at New America in downtown Washington, DC. I’ve been a part of the Coming Home Dialogues for almost four years, and I’ve recently published an article about the program and my participation with the initiative in Proceedings.

As I say in the article, I have come to appreciate and rely on the authenticity and somewhat transformative power of my experiences running these events. Unfortunately this time around, it felt like someone had stolen an old friend and replaced it with a cold and unfeeling news conference suited for C-SPAN. The stark contrast troubled me and I couldn’t figure out what had happened to the Coming Home Dialogues I had come to know!

Alan Watts says that “waking up to who you are requires letting go of who you imagine yourself to be” in his mind-blowing examination of the self in The Book: On the Taboo Against Knowing Who You. And maybe that’s what I should have remembered as I struggled to reorient myself to this new version of the program but I couldn’t get past my feelings of betrayal.

Heraclitus says, “the only thing that is constant is change.” So, even with Watts and Heraclitus ringing in my ears, why is it so hard to turn that frown upside down? Why is it that we are so adamant at holding onto versions of ourselves and clinging to the things in our lives that no longer exist? We often see this in the gym when it comes to previously believed physical limitations. Athletes establish an identity for themselves and grasp onto it for dear life. Weights used on bars become standard loads, box heights never go up or down, and other movement modifications never vary.

Maybe I hit a nerve with one of those but if not, I’m sure it wouldn’t have taken long to find one that did. Coaches have heard them all and I’ve said my fair share over the years.

So what happens if we let all of that crap go?

I came face to face with this question earlier this week after the Coming Home event; and like any good student of the world, I failed miserably. I got angry and a little grumpy. I felt like something very dear to me had been stolen. But all of those emotional reactions were just my own story festering in its own mess. The reality is the program I love is simply trying to reinvent itself and stay alive. It’s transitioning, pivoting, and I have faith that it’s going to succeed.

Like the athletes we strive to build at Fairwinds, the Coming Home Dialogues is rooted in curiosity. It fosters an environment where people come together and explore their differences in an attempt to find similarities. Its success comes from embracing the unknown.

And like our creek people, the program is consistent. It’s not looking for a get-rich-quick scheme or a single, big ticket once-in-a-lifetime shot at success. The reality is that success comes from showing up day after day, year after year. For the last four years, that’s what this program and the people involved in it have done.

Finally, the program, like our athletes, is courageous. Consistently embracing the unknown, day after day requires a unique kind of courage that comes in a variety of shapes and sizes.

But I come back to my earlier bit of sarcasm. Perhaps the real problem is that I had created unrealistic expectations for the event and that’s not fair.

The same can be said for athletes. Just because someone has a certain personal best in a lift may not mean that’s the right weight for them today. Or tomorrow. Things change. People get injured. Lives get busy and our priorities shift. None of those thing preclude someone from showing up and continuing to get better day in and and day out in whatever way they need at that time.

So no more expectations. It’s time to put that crap down and

Stop reaching for some mythical holy grail from the past and maybe we’ll all be a little bit happier if we let ourselves be just a bit more curious about who we are today.

See you in the box.